Posted on September 19, 2014 by JustMEinT Musings 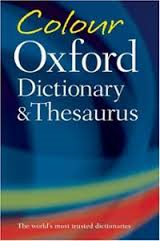 I don’t know about you, but there are times when I have a problem finding the right word to describe a situation, a happening or even a common or everyday thing. My brain simply seems to be in ’empty mode’ … like there is no one home – or perhaps it is simply siesta time.

I have many friends of about the same age as myself who tell me I am not to consider myself special – as they too suffer from this common thought vacancy which they term ‘brain fog’.

Actually today is not a plain ordinary foggy day, it’s more like a need to have the thesaurus at my fingertips. I have a general idea of the message but the terminology is a little frayed.

Part of what I want to say is about God so perhaps THEOLOGY is the word I want, but that is such a big word for me to be bandying about. I do have some friends who are Theologians but I hesitate to run this past them while I am still playing with the concept which has been formulating in the string of my mind. 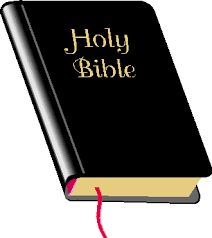 As a Christian I was brought up with the awareness of the number 666 in the Books of the Bible as the number associated with Satan, his minions, evil and end times. It is commonly referred to as the Number of the Beast. Many have written about this association, some have argued strongly for it being a particular person, while others say it is both a person and his mark! Right now I am not going to argue for or against either position, other than to say I associate it with unmitigating evil which will encompass the whole of society and not be ‘brought undone’ until the time of the return of Our Saviour, Jesus Christ. (see)

Having said that, it is impossible for me to simply brush it aside to some future date, place or time in history – because I see it – evil that is – all around me now. Yes you will tell me it has always been there since the time of The Fall of humanity in the Biblical Garden of Eden, and I will fully concur. Most of what I am seeing right now points to a huge escalation which is shoved before my face day in and day out. I am certain that the majority of people reading this will be aware of the crimes that are being perpetrated against our sisters and brothers in the flesh – in all corners of the world where it is being reported. They will also be aware of the political intrigue and machinations that take place daily across borders and continents. Evil in actions done and in inaction too. Power and politics is big business – corruption on a universal scale.

My own faith is built on the Word of God – the only God I revere, believe in, have faith in and follow. Yahweh God, the Father of Jesus Christ. His Word is revealed to me in the Christian Bible. This is my Religious Faith.

It is because the faith of people of a different religious persuasion to myself is so much in the news these days that I have been meditating on the dissimilarities I am perceiving.

The Christian Bible is widely available for anyone to peruse, and so it is with the Muslim Quran. I claim to be a scholar of neither, but am far more familiar with my book, The Word of Life – The Holy Bible. I do not speak or read Arabic so have to rely on translations of the Muslim book, and have to say that I consider it to be the antithesis of My Book – it is the Word of Death.

Again many will argue that killing, plunder, destruction and death is what the Old Testament history is all about, yet fail to recognise that the Son of Yahweh, Jesus Christ the Word of God made flesh, came to reconcile humanity to His Father – to save them from their sins and eternal damnation (Matt 1:21) and to bring them to eternal glory.

Did Jesus preach and declare kill all those who will not follow me? NO He did not. Yet the Quran is very specific in this regard (see). Some will now tell me I am wrong and that the region of Islam is grossly misunderstood by non Islamic people. Islam is truly a religion of peace. Yet the Christian Bible tells us quite clearly we will be recognised by our fruits….. (Matt 7:16 and more)

When Jesus was asked by a Pharisaic Religious Scholar, “Teacher, which is the greatest commandment in the Law?”

I do not see ‘loving your neighbour’ as including killing everyone who does not agree with you. Beheading innocent medical volunteers and journalists. Maiming and mutilating Christian women and children. Do You?

Muslims will tell you right to your face ( they will lie to you – see here ) that their Prophet spoke words of peace, that those committing these atrocities do not follow the Quran, and will then quote verses for you to back up these statements, while at the same time neglecting to tell you about the loophole.

What ‘loophole’ there can be no ‘loophole’ in religious texts you will say (that would make the religion a farce) – and therein you would be completely right. (see)

The Qur’an is unique among sacred scriptures in teaching a doctrine of abrogation according to which later pronouncements of the Prophet abrogate, i.e., declare null and void, his earlier pronouncements. The importance of knowing which verses abrogate others has given rise to the Qur’anic science known as Nasikh wa Mansukh, i.e., the “Abrogators and the Abrogated”. (Jeffery, Islam: Muhammad and his Religion, p. 66).

None of Our revelations do We abrogate or cause to be forgotten, but We substitute something better or similar: Knowest thou not that God hath power over all things? Surah 2.106

In plain English – the earlier writings which contained many wonderful lessons on being a peaceful people, were superseded with lessons and instructions on violence, murder, rampage and jihad. And to make certain no one in future times would question the authority and authenticity of which statement was correct, passages were written stating that the newest – or last written ones were to be taken as the correct ones. Therefore the earlier loving, peaceful passages are made null and void by the vengeful and more wrathful ones. (MORE)

My wonderings have led me to theorize, to ponder, to postulate – is Islam the Beast written about in the Books of Daniel and Revelation? I do not know.

The Word of my Lord God does not need to be rewritten in this way. It stands forever. The grass withers and the flowers fall, but the word of our God endures forever.” Is 40:8

And so the theologising must come to an end – without any absolutes, because I know not when My Saviour Jesus Christ will return, to wipe the evil off the face of The Earth – but return he shall, with great rejoicing.

Rejoice in the Lord always; again I will say, rejoice! Let your gentle spirit be known to all men. The Lord is near. Phil 4: 4-5

The Word became flesh and blood, and moved into the neighbourhood.
We saw the glory with our own eyes,
the one-of-a-kind glory,
like Father, like Son,
Generous inside and out,
true from start to finish.
John 1:14

This is The Right Word

3 Responses to Seeking The Right Word