Posted on September 10, 2014 by JustMEinT Musings

The First – more to come we have been advised….. 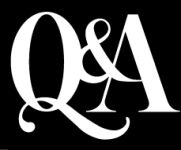 First in a series. Non-Muslims and everything they stand for are inferior to Muslims and Islam in every conceivable respect. Understand this, and you will begin to understand why Islam has such a problem integrating into Western democratic countries.

Q: What is the difference between taking the kaafirs [non-Muslims] as friends (muwaalaah) and seeking their help?

A: Praise be to Allaah.

Taking the kaafirs [non-Muslims] as friends (muwaalaah) means supporting them and helping them in matters of kufr [denial of the ‘truth’ of Islam], such as the Muslims fighting alongside the kuffaar, such as when the kaafirs launch an assault against a Muslim country and a Muslim befriends them and supports them and helps them in fighting against that country, whether that is with weapons or by supplying them with anything that will help them to fight the Muslims. This is muwaalaah, or a type of friendship…

I like writing, reading and expressing my opinions. I prefer natural health and healing to pharmaceutical drugs. Jesus Christ is my Lord and Saviour.
View all posts by JustMEinT Musings →
This entry was posted in GENERAL MUSINGS. Bookmark the permalink.
%d bloggers like this: