Posted on January 19, 2014 by JustMEinT Musings 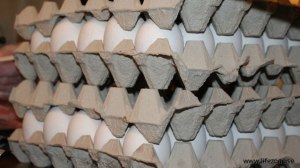 Today was going to be my RANT Day, and I was going to focus on the Humble Egg. Sitting at the computer, with all background distractions turned off I began my research…. but frankly why should I reinvent?

Sure I could put up a whole series of one liners shouting of the benefits of this little ‘complete meal in a shell’ but I discovered it’s all been done before.

There was a time when cholesterol was considered evil and destructive and life threatening, that eggs were put on the LIMIT ME LIST. They were considered to be a cause of elevated cholesterol in the blood stream, because they contain cholesterol. Well excuse me, what food of animal origin doesn’t? People began to shun the humble egg, and even discard the yolks, and simply concoct meals from egg whites. How Absurd!  The golden center is truly a buried treasure of nutrition and not at all the cholesterol soaked demon some medical science claims it to be. (LINK)

Don’t forget will you that high cholesterol is not a disease itself, but rather a condition that health care professionals have linked to heart disease.   Just because there is a fireman at the site of the burning building does NOT mean he started the fire – actually he is there to help assist with the drenching of, the extinguishing of the fire. He is the Fix It Man!

Demonizing eggs as in causing high cholesterol is the worst form  propaganda! Bottom Line: Despite the fear mongering of the past few decades, eating eggs and cholesterol has no association whatsoever with heart disease. (LINK)

Some of the best Nutrition Guru’s stand tall and shout the praises of this little delicacy.

Kris Gunnars,  and  Dr Michael Eades for starters, and then other ‘experts’ too have their say. Professor Tim Noakes is definitely positive about including them in your diet too,  as is Chris Kressler to name but a few others.

The propagandarists eventually had to do a turn around and admit that Eggs should be a part of a healthy diet — but it seems some people have not yet caught up with the facts – their information is still somewhat scrambled! I still see egg whites being sold in supermarkets and recipes (exclude pavlovas) calling for the ditching of yolks…. only use the whites!

It’s perfectly safe to go to work on an egg, experts declared last night after a study exploded the enduring myth that they can cause heart attacks.

In fact, two eggs a day as part of a balanced diet can even help you lose weight, they found.

The British Heart Foundation used to recommend that people should limit their egg consumption to no more than three a week because they contain cholesterol, known to raise the risk of heart attack.

It dropped this guidance in 2005 after studies showed very little of the cholesterol in eggs makes its way to the blood.

But a poll carried out by the British Egg Information Service found that 45 per cent of people did not know the three-a-week guidance had been junked and still believed they should stick to these limits. (LINK)

It is safe to say that the humble egg has been both vilified and exonerated within a short period of time, so why is it (rhetorical) that some people working in the sick care industry still slander its benefits as being a cause of elevated cholesterol and heart disease. I wonder if it has anything to do with the  money the sick care industry makes each and every year terrifying ‘trusting’ patients into believing not only are eggs bad for you but that the cholesterol they contain condemns them to an early and possibly painful death – both of which statements are dastardly and quite untrue! 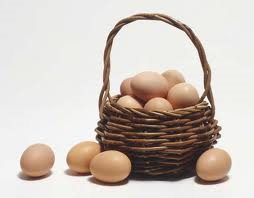 Eggs contain everything needed for life to begin, come forth and walk this planet, while cholesterol is needed by every cell in the human body for life. Of course to argue that last point would quite rightly take a RANT of its own. Suffice for now to give you this to think upon and follow up at your own leisure.  Written by Peter Dingle PhD.

I like writing, reading and expressing my opinions. I prefer natural health and healing to pharmaceutical drugs. Jesus Christ is my Lord and Saviour.
View all posts by JustMEinT Musings →
This entry was posted in Eggs, GENERAL MUSINGS, HEALTH and tagged Cholesterol, Eggs, elevated cholesterol, health, heart disease, high cholesterol. Bookmark the permalink.