Posted on February 8, 2013 by JustMEinT Musings 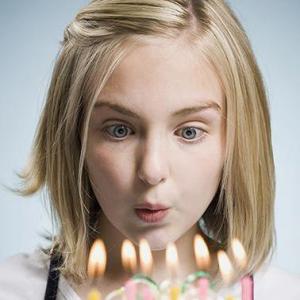 They are at it again – those faceless government departments whose job it is to control our lives.

This time they want to take away the beautiful pleasure a child receives – on his/her birthday – to blow out the candles on the big cake. TOO MANY GERMS will be spread ~~~ Danger, Warning, Cease and Desist!

Next they will blame those candles for contributing to so called AGW!

Australian children are to be banned from blowing out candles on birthday cakes under new hygiene regulations that have been slammed by the Australian Medical Association as “bubble-wrapping.”

According to Australia’s Daily Telegraph, the guidelines, set by Australia’s National Health and Medical Research Council (NHMRC), instruct daycare centers to provide birthday boys and girls with their own individual cupcakes to blow the candles out, to avoid the spread of germs.

Not only do they think stopping our little darlings from blowing out their birthday candles will help stop the spread of sickness….. they want to regulate that all childcare facility toys and equipment be cleaned each day with anti bacterial substances…. similar to the stuff you see highly advertised on TV, at you Doctors and Dentist surgeries and in some supermarkets at the checkouts.

Are you aware of the real and present danger of using these Hand Sanitizers which contain Triclosan? You think I jest!

The FDA and the Environmental Protection Agency say they are taking a fresh look at triclosan, which is so ubiquitous that is found in the urine of 75 percent of the population, according to the Centers for Disease Control and Prevention. The reassessment is the latest signal that the Obama administration is willing to re-evaluate the possible health impacts of chemicals that have been in widespread use.

In a letter to a congressman that was obtained by The Washington Post, the FDA said that recent scientific studies raise questions about whether triclosan disrupts the body’s endocrine system and whether it helps to create bacteria that are resistant to antibiotics. An advisory panel to the FDA said in 2005 that there was no evidence the antibacterial soaps work better than regular soap and water.

These so called BETTER hand sanitizers are no better for you than plain soap and water, and can certainly do more harm than good. The human body contains (naturally) billions upon billions of good bacteria. By using a sanitizer that kills certain bacteria, it leaves every user prone to having dysbiosis – simply put an unequalled amount of the bacteria our bodies need to function properly – which will cause us to be bacterially unbalanced and (that is why) we get sick!

I believe both of these proposals (to manage our children) are wrong. Let children be just that – and enjoy this special time in their lives….. blow out the candles and enjoy your birthday kids! And if the adults want to make themselves ill by using highly advertised sanitizing gel – then so be it – but leave our children alone.

Let the politicians and government agencies use the stuff – but tell them to butt out of our children’s lives!

DIRT – It does a body (and soul) Good

Here are just five ways (of many) that dirt can benefit your children.

1. Did you know that studies have shown dirt to be good for your brain? Apparently, there are types of bacteria that are naturally found in soil which activate the neurons that produce serotonin – a key chemical in many bodily functions, as well as a natural anti-depressant. In other words, dirt can actually help make you feel happy. (And I’m not just talking about the mud wraps at the day spa.)

2. Dirt is also great for the immune system, especially in children. Research has shown that early exposure to the naturally occurring microbes in soil will help build stronger, more disease-resistant kiddos.

In our germaphobic culture where we have entire aisles of cleaning products at the grocery store, some children are being raised in “overhygienic” conditions. Without enough exposure to different bacteria and microbes, it is thought that the immune system doesn’t learn to recognize its own cells, and this could be a reason for higher rates of asthma, eczema, and other diseases.

3. If you joined in reading The Last Child in the Woods last year with the Simple Living book club, you’ll be familiar with the term “nature-deficit disorder.” In our technologically savvy generation, kids just aren’t getting enough time to play outside, and that has now been linked to attention disorders, depression (yes, in children), and obesity.

4. Children who play outside laugh more, which means they’re happy! It also means their blood pressure and stress levels are lower. (Did YOU know that those are two physical benefits of laughter? We could all probably stand to laugh a little more!)

5. Kids who play outside grow in their character development: they become more adventurous, more self-motivated, and they are better able to understand and assess risk.