Future of Food – The Australian Government sets the Direction 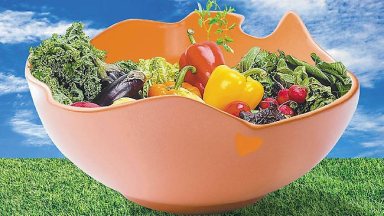 You know, even Blind Freddie could figure out that allowing the Government to set the direction for the future food policy – without at least having the ordinary members of the food industry involved in the process – is a bad move!

Of course it just shows once again that this Government takes no notice of the electorate or the relevant industries, and does what it wants regardless. (Think No Carbon Tax under a Government I lead)

Foodmagazine is an ezine I receive, which keeps me moderately up to date with what is happening in the food industry in Australia.

One of the articles of interest today discusses the Australian Government’s National Food Plan.

According to Agriculture Minister Joe Ludwig, this plan “will ensure Australia has a sustainable, globally competitive, resilient food supply that supports access to nutritious and affordable food”.

Personally I would not trust the Government to know what nutritious food really is, especially considering they still fund the push (think Diabetes Australia and the Heart Foundation propaganda) for high carbohydrates and low fat in the diet! However that is for another time and a different article.

Nicholas Rose, Griffith University & Michael Croft, James Cook University discuss some of the many flaws they found in the paper, such as:

Assumption 2: The future will look much the same as the past

Assumption 3: Farm incomes will be higher when more is produced

Assumption 5: Food corporations and markets will solve the problems of inequity and social justice

They tell us: In short, contrary to the Government’s claims, the green paper is a recipe for increasing vulnerability, lack of resilience, and heightened inequality in our food system. A different approach, based on a different set of values and priorities, is required. That is why the Australian Food Sovereignty Alliance is inviting all concerned members of the public to join us in a participatory and democratic conversation to develop a food system that is truly fit for the challenges of this century.

We look to the Canadian People’s Food Policy Project and the Scottish Food Manifesto as examples of what is possible; and we ask all who think there is more to food policy than meeting the needs of corporations, to join us in the months ahead as we develop a “People’s Food Plan” which will highlight best practice in creating a food system which is sustainable, healthy, and fair.

Nicholas Rose is affiliated with the Australian Food Sovereignty Alliance, a not-for-profit association, incorporated in the Australian Capital Territory, whose mission is to work towards fair, diverse and democratic food systems for the benefit of all Australians.

Michael Croft is affiliated with the Australian Food Sovereignty Alliance, a not-for-profit association, incorporated in the Australian Capital Territory, whose mission is to work towards fair, diverse and democratic food systems for the benefit of all Australians.

I highly recommend you read the paper and decide if you will join Nicolas Rose and Michael Croft develop a People’s Food Plan – one which is not solely in the control of the Government and the Big Corporations – one which is designed for Mr. and Mrs. Average Australian and workable into the foreseeable future. Also one which will benefit us all and not only the tax collectors and multinational food corporations.

Before I sign off with this blog, let us remember this:

The paper focuses on our food industry “seizing new market opportunities”, reflecting the Prime Minister’s recent urging that we become “the food bowl of Asia”. Last week on The Conversation, Allan Curtis gently exposed that claim – which underpins much of the green paper – as a frankly preposterous example of wishful thinking.

It would be so nice if Ms Gillard remembered which Nation she is supposed to be representing. If she would ensure that the people of Australia and NOT Asia are her first and foremost concern. Australia may well grow – produce an excess, and it is all well and good to share / sell that with others less fortunate than ourselves, or to make a profit for the industry. But we must ensure that we take care of our own first and foremost. I seriously disagree with selling our land or our water to overseas interests. Leasing I have no problem with, but selling it to China or other non Australian nations should not be allowed.

In Australia recently the price of lamb has soared, making it quite expensive and therefore unaffordable for many Aussie families who are doing it tough. I for one wondered why this was happening, especially as I see herd after herd after even larger herd covering the lush Tasmanian landscape.

It is because we have found overseas markets for our lamb, which has in turn left a smaller supply available to the locals – and at a much higher price.

While higher production in 2011-12 boosted the available supplies to be sent overseas, it also placed significant pressure upon saleyard lamb prices.

So what does Ms. Gillard and her team have in mind for the ‘Food Bowl of Asia”? Does she want to see a high percentage of our locally grown foodstuffs going to overseas markets – in a similar way to which our lamb is being exported, all in the name of money to be made? She may well be able to afford to pay top prices for all her food items; after all she has recently accepted another rather hefty pay rise, while ordinary Australians are doing it tough.

It is well past time we stood tall and said “ENOUGH is ENOUGH;
we want to be involved in the process too.”